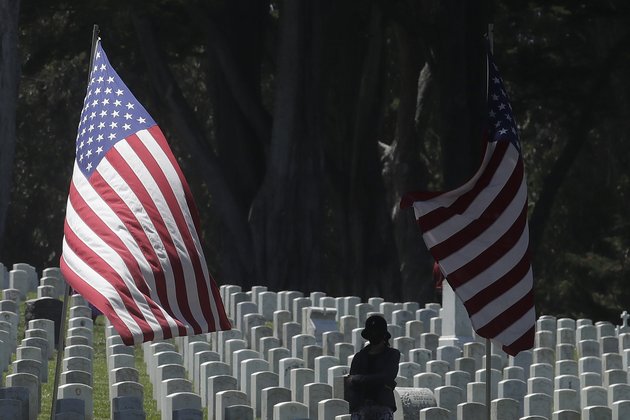 Monday is Memorial Day in the United States - a day set aside to honor the hundreds of thousands of U.S. servicemen and women who sacrificed their lives for their country.

The flags that are flying at half-staff across the country Monday to honor those service members were, under President Donald Trump's orders, at half-staff from Friday through Sunday for the nearly 100,000 Americans who have died from the coronavirus.

U.S. toll, by far the highest in the world, includes more than 1,000 veterans who have died from COVID-19, according to the Department of Veterans Affairs.

The holiday is also the unofficial start of the summer vacation season in the United States, but with social distancing guidelines, restrictions on certain travelers from overseas and millions of job losses, the season is set to be different than in years past.

Trump plans to place a wreath at Arlington National Cemetery and then spend part of Memorial Day at Fort McHenry in Baltimore, where a historic battle in the War of 1812 was fought.

Baltimore Mayor Jack Young had pleaded with the president not to come, saying it sends the wrong message when the mayor has urged Baltimoreans not to travel. Trump has refused to wear masks in public, and Young said Trump's visit is not essential.

White House coronavirus task force member Dr. Deborah Birx said she is "very concerned" by the pictures and video she has been seeing all weekend of people crowded together at swimming pools and other recreation sites without masks.

"We know being outside does help, we know the sun does help in killing the virus, but that doesn't change the fact that people need to be responsible and maintain that distance," she told Fox News Sunday. "I was hoping to convey this very clear message to the American people across the country: There is a virus out there."

New York Governor Andrew Cuomo said Sunday his state is "decidedly in the reopening phase." New York has been the hardest-hit state in the U.S. But Cuomo said overall, the numbers in New York are heading in the right direction.

Elsewhere in the world, France began lifting border restrictions Monday to allow in migrant workers and tourists from other European countries.

Spain reopened some of its beaches. Madrid and Barcelona allowed people to assemble in groups of more than 10, for museums to allow small numbers of visitors and for restaurants to utilize half their outdoor seating.

Brazil added 653 new deaths to its reported toll, while its number of confirmed cases, the world's second most, surpassed 360,000. The number of infections prompted the United States to announce a travel ban for foreigners who have been in Brazil at some point in the prior 14 days. 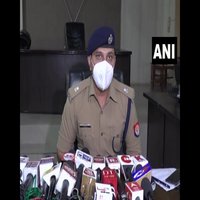